Source: Al-Masjid al-Aqsa – The Path to Its Freed

Question: It has been reported from your eminence that you do not sanction suicide missions. We therefore seek from you a clarification of the issue.

Answer: It is uniformly known amongst the Scholars that it is not permissible for a Muslim to commit suicide to relieve himself of a calamity – financial, painful illness that is terminal or any other thing that has befallen him. Suicide to relieve oneself from these types of hardships is without a doubt Haraam.

There are Hadeeth reported in Saheeh al-Bukhaaree and Muslim that imply that a person taking his own life by consuming poison or piercing himself or any other means (that result in his death) shall result in him being punished with that same mode of death until the Day of Resurrection.

Some of the scholars have understood that the person who commits suicide dies as a Kaafir or an unbeliever since the one who commits such an act has malice and distain for His Lord because of the calamities he has faced without patience. Without a doubt, a (true) Muslim could never reach the level whereby he contemplates such a heinous act, let alone carry out the act of taking his own life. In most cases the individual who takes his own life is not a Mu‘min (true believer).

Yet it is conceivable that a Muslim may be affected by a contagious evil ideology that may lead him to commit suicide. It is conceivable that such an act could take place. Due to this we say with full conviction and certainty that he (the one who commits suicide) is not a true believer. This is similar to the one who abandons prayer out of Juhood (stubborn rejection) of its legislation and passes away a Muslim named Ahmad bin Muhammad. But if it was known that he denied / disavowed prayer then he is not to be buried within the Muslim burial ground. The same (conditions and verdict) is for the one who commits suicide and it becomes known that his suicide was due to malice and disdain for His Lord because of the calamities he faced.

We now turn our attention to suicide missions. These suicide missions became infamously known (around the world) because of the Japanese practice of Kamikaze. A man would hurl his warplane towards an American naval vessel, effectively destroying himself along with the plane and as many enemy soldiers as he could muster.

All suicide missions in our current time are unsanctioned deeds that are all to be considered Haraam (prohibited). The suicide missions may be of the type that renders its practitioner eternally in the Fire or it could be the type that renders its practitioner to be from those who shall not reside eternally in the Fire as I have just explained.

But to view these suicide missions as a being a means to draw near to Allaah (praiseworthy act of worship) by killing oneself today for his land or his country then we say No (it is not an act that is praiseworthy).

These suicide missions are not Islamic – period! In fact I say today that which represents the Islamic reality – not the reality that is sought by a few of the (improperly) overly active Muslims – that there is no Jihaad in the Islamic lands at all. Surely there is combat in numerous Muslim countries, but there is no Jihaad that is established under a (solely) Islamic banner, and that is established upon Islamic regulations. From these (missing) regulations are that a soldier is not permitted to act as he (individually and singularly) wishes. He is not permitted to decide for himself what it is that he is to do. Rather he is to be bound to an order from a commander. In turn this commander is not an individual who claims the position (of leadership) for himself and makes himself commander. Rather the commander is delegated the authority from the Khaleefah of the Muslims. So where is the Khaleefah for the Muslims today? Where is the Khaleefah, or for that matter a ruler who raises (solely) the banner of Islaam and calls Muslims to draw near him and perform Jihaad in the way of Allaah (alone)? 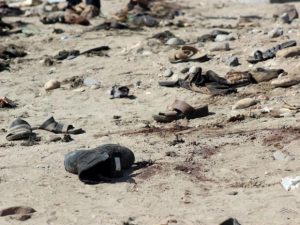 As long as (we affirm) that Jihaad, according to Islamic (regulations), must fulfil the prerequisite of it being (solely) under the banner of Islaam and (we find that) this banner does not have a commander (during the current era), then we (state) that an Islamic suicide is not permitted (as it is performed today).

I am well aware of the fact that suicide was known in the past generations of those who fought with spears, swords and arrows. Some of the forms of that warfare resembled suicide (duelling to the death). Examples of this was when an individual would surge forward and face a large contingent of unbelievers and polytheists – striking them from the right and the left – and (all the while knowing) that few would escape this predicament safely. Therefore is that action permitted? We answer that at times it would be permitted and other times it would not be permitted.

If the commander of the army is the Messenger of Allaah and he gave permission to that individual, then it is permitted for him. But for that individual to decide for himself then it is not permitted because it is considered a perilous, hazardous action (at the least) if we do not say that it is a gamble (as well).

(Therefore) such an act is not permitted without the explicit order of the Muslim ruler or the Khaleefah of the Muslims.

What should be done is that the ruler or the Khaleefah should assess the situation with great care. He is the one who has the knowledge of when it is most appropriate to attack the enemy – 100 Muslims facing 1000 (or more or less of) the enemy. He is the one to order the advance, knowing that from them there may be tens who shall die, and knowing that the eventual victory is for the Muslims. Therefore when the commander of the army of Muslims – delegated that duty by the Muslim Khaleefah – orders a single soldier to employ a particular action from the contemporary means of suicide (missions during the battle) then this is to be considered Jihaad in the way of Allaah.

But for a young man, blind (to the realities and intricacies of war) to decide on his own – as we often hear – to climb the face of a mountain and enter into a fortified location used by the Jews and kill some of them and be killed in the process…what is the benefit of such a deed? These are solely individualized acts that do not have a positive consequential result that is benefiting to the Islamic Call.

Therefore we say to the Muslim Youth: “Protect your lives, on the condition that you (use it) in learning your Deen and your Islaam. Become acquainted with it properly and act according to it to the best of your abilities.”

This course of action and deed, slow and tedious as it may seem, is the deed that shall bear the desired fruit that is sought after by all Muslims, regardless of their varying ideologies and methodologies. All are in agreement that Islaam should be what (we use) to govern, but they dispute in the path (to that objective).

Surely the best guidance is that of Muhammad. 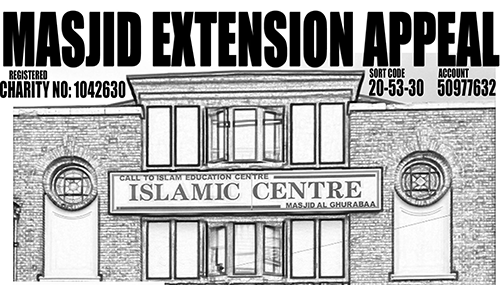 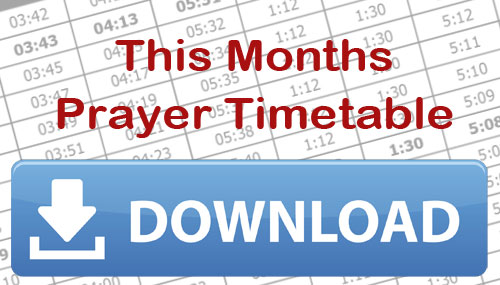